Education runs in the blood of Jocelyn Rawls.

Her father was a teacher in the Harrisburg School District for 35 years and her mother was a district nurse. Rawls grew up to be a teacher herself, working in New York City before coming to Ben Franklin Elementary School in Harrisburg. For the past six years, she has worked for the Central Dauphin School District as a third grade teacher.

It’s been a tough two years for Rawls, as it has been for all teachers during the pandemic. But she learned a lot, she said, about being more comfortable with technology in the classroom and about promoting health and hygiene. But there have also been many repeated reminders to children to put their masks on their noses.

At home, there are more children. She and her boyfriend have five children in the blended family of seven. Even after the school bell rings and her workday is over, Rawls is often back in the school gym to watch sports games. of his children.

This year, she piled another big helping on her already full plate and took a seat on the Harrisburg City Council.

The 2021 election season in Harrisburg has been full of enthusiastic candidates. In the primary elections, 13 candidates ran for four council seats. In the end, two outgoing council members, Shamaine Daniels and Ausha Green, were re-elected and two newcomers, Rawls and Ralph Rodriguez, won seats for the first time.

Rawls and Rodriguez may be new to the board, but they’re not new faces in the community. Both have been active in the care and education of the Harrisburg area for years. Recently, as they took their places on the council dais, they explained how they plan to continue these efforts. 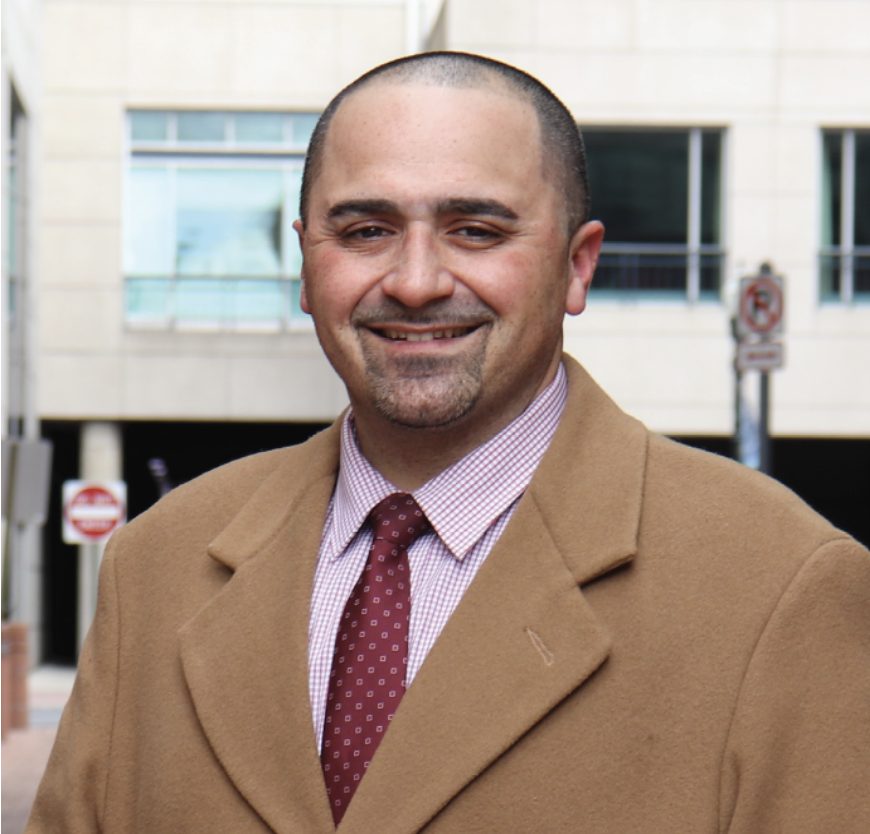 What Rawls hopes to accomplish on the board isn’t too different from what she does as a teacher. Its objective is to promote communication and education between the city and its inhabitants.

Rodriguez also draws on his years of experience working in the community. Like Rawls, Rodriguez already juggles a lot of responsibilities, between running a nonprofit organization and raising five children with his wife Cierra Ross. But it’s his home, his passion.

After moving to Harrisburg in the mid-1990s, Rodriguez lived on Chestnut Street in Allison Hill and attended Harrisburg High School-John Harris Campus.

“When I think of the good old days, that’s what I refer to,” he said. “I just remember neighbors coming by, and it was really like, ‘Hey, does your mom have any sugar upstairs?’ ‘Can I borrow a cigarette?’ It was so much love.

He loved the sense of community he felt – the neighbors, the barbecues.

But life hasn’t always been carefree for Rodriguez who, at age 3, lost his father to drug abuse. At 9, he entered a juvenile placement center, due to neglect, he said, and remained in the system until he was 17. Two weeks before Rodriguez graduated from high school, his mother died.

These experiences inspired him to care for others in similar situations.

“I understand what it’s like to be abandoned and neglected,” he said.

About ten years ago, Rodriguez, a certified life coach and intervention prevention specialist, started All You Can Inc., an organization that provides emergency services to at-risk families in central Pennsylvania.

Over the years, he has hosted gun safety classes, holiday toy drives, school supply drives, and community Thanksgiving dinners. All You Can also organized a protest after the murder of George Floyd and helped distribute a quarter of a million pounds of food to families in need during the pandemic.

In many ways, rising to political office on the city council was a natural next step for Rodriguez, although he never considered himself a politician. He prefers “civil servant” or “lawyer”.

Last year, during his campaign, Rawls quit his job and then began to roam the neighborhoods, knocking on doors, talking to residents. She introduced herself, listened to questions, and shared her vision for Harrisburg. These were long days, but Rawls was determined to make herself visible in the community, rather than using volunteers.

“I’m going to be in the seat, so why should I ask other people to do the work for me?” she says.

On the board, Rawls now chairs the Parks, Recreation and Enrichment Committee, a perfect assignment for someone who wants to improve youth programs in Harrisburg. Other goals include updating infrastructure and improving communication within the city. In the process, she wants to help educate the public about how local government works, which she also sees as key to her work.

Rawls admitted that she didn’t always know much about how city government worked. As a city resident, she often didn’t know what to do or who to call when she had a question. Her focus now is on helping people who also feel this, she said.

Once Rawls began to understand the importance of participating in local government, she had to be part of it.

“Sitting on city council, I have a bigger voice,” she said. “I know what the city can be. He has so much potential, but he needs warriors.

Rodriguez never imagined he would be one of those “warriors”, making big decisions on behalf of the public.

“When I was a teenager, I used to sit at my window and wonder where I would be one day,” he says.

Rodriguez is now confident he’s in the right place, bringing “fresh eyes” and a “fresh perspective” to the board.

Some of his priorities overlap with those of Rawls – better communication with voters and additional educational opportunities for children. Others include focusing on police and fire recruitment and retention efforts and promoting transparency in city government, things that fall under his purview as chairman of the committee of public security. However, Rodriguez said his first year on the board will include a lot of learning time.

He is also dedicated to being visible and present in the community and noted that walking the streets of Harrisburg and talking to residents shouldn’t stop after election season.

“I have to show these citizens that there is someone working overtime for them,” he said. “Our work does not stop in the boardrooms.”

Both Rawls and Rodriguez enthusiastically shared what they consider to be the most beautiful neighborhoods and aspects of the city – the Susquehanna Riverfront, the State Capitol complex, the Italian Lake, and the varied and delicious restaurants. . They already love their city, but plan to make it even bigger.

“I’m really hopeful for the future of Harrisburg,” Rodriguez said. “I would like to see Harrisburg go back to ‘Miss Jones, do you have some rice I can borrow?’ I hope we have the right board and administration who are local, local and willing to work overtime.

If you like what we do, support our work. Become a friend of TheBurg!