Renowned primatologist, environmental activist and UN Messenger of Peace Dame Jane Goodall announced on Wednesday that a new branch of the Jane Goodall Institute is being established in Israel.

He will be based at Max Stern Jezreel Valley College in northern Israel, where evolutionary anthropologist and longtime Goodall associate Dr. Itai Roffman teaches and conducts research.

Goodall announced the move via video link at the start of the 50th conference of the Israel Society for Ecology and Environmental Sciences, which was held in Tel Aviv.

She established her institute in 1977 to promote a holistic conservation approach that seeks to harness communities and improve the lives of people as well as animals to conserve the planet.

The new branch will be the 26th in the world.

Roffman, 39, contacted Goodall’s institute in Germany when he was a teenager growing up in the central coastal city of Herzliya.

He had teamed up with Yael German, then mayor of Herzliya, to save a local wetland that needed to be drained for construction. The Germans battled the property developers for nine years and finally managed to save 720 dunams (178 acres), now the winter pond in Herzliya Park.

Roffman then organized and reported on a beach cleanup. A few days later, he received a long, handwritten fax from Goodall.

It was the start of a lifelong friendship.

Goodall encouraged him to organize educational and conservation projects under the flag of his Roots and Shoots initiative for children and young people. She later inspired him to become an evolutionary anthropologist, focusing – like her – on bonobo chimpanzees. 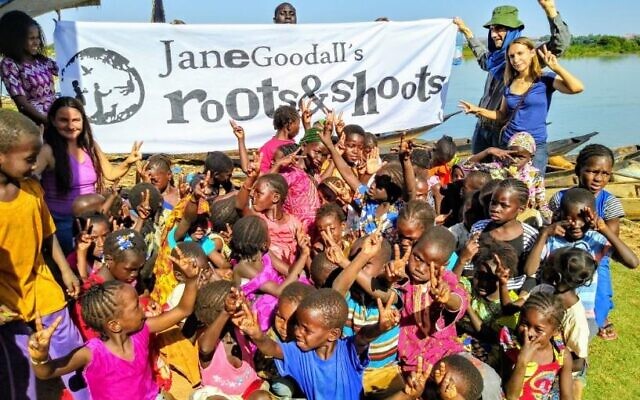 Dr Itai Roffman (top right, holding flag) at a program he organized for the children of Mali under the banner of Jane Goodall’s Roots and Shoots initiative for children and young people. (Courtesy)

The new institute, which will be aimed at municipalities, community centres, schools and other institutions, already has several objectives. These include encouraging Israeli cities to set aside land for ecological corridors to allow wild animals to move between protected areas; working with Bedouins in the Negev, southern Israel, to map and replant some of the native trees and medicinal plants that once dotted the region’s dry riverbeds when the landscape was a desert woodland savannah; and the restoration of wetlands that made up large swathes of northern Israel before they were drained and converted for construction and agriculture.

Roffman said the institute wanted to use the cross-border networks of Bedouin tribes to map the flora and fauna not only of Israel, but also of Jordan, Egypt and the United Arab Emirates.

“We want to connect the tribes and their knowledge with the scientists at Jezreel Valley College,” he said.

Goodall was “really excited to come to Israel,” he added, but would only visit once the programs were up and running on the ground. 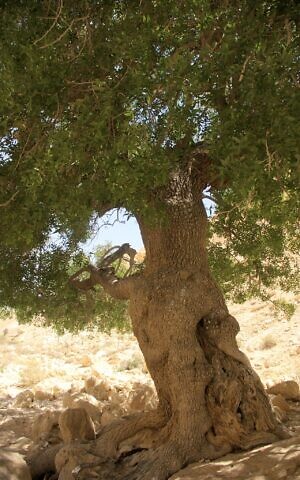 Goodall, now 88, spoke for nearly 15 minutes at the conference, telling them it was “weird that the most intellectual creature on the planet would destroy his only home”.

She said: “We are part of the natural world and we depend on it for everything. »

Poverty, ignorance and unsustainable lifestyles were helping to propel climate change, she continued, along with international corporations competing to produce the cheapest products, and “this crazy idea that it there can be unlimited economic growth on a planet with limited natural resources”.

She had particularly harsh words for industrial agriculture and its reliance on pesticides and herbicides which she said poison wildlife and kill the soil, flow into rivers and pollute the oceans.

Hope, she said, was “not just wishful thinking – it’s about action. We must roll up our sleeves and circumvent all obstacles.

Supporting The Times of Israel is not a transaction for an online service, like subscribing to Netflix. The ToI Community is for people like you who care about a common good: to ensure that balanced and responsible coverage of Israel continues to be freely available to millions of people around the world.

Of course, we’ll remove all ads from your page and you’ll have access to great community-only content. But your support gives you something deeper than that: the pride of joining something that really matters.

Join the Times of Israel community Join our community Already a member? Log in to stop seeing this

You are a dedicated reader

We’re really glad you read X Articles from The Times of Israel over the past month.

That’s why we started The Times of Israel ten years ago – to provide discerning readers like you with must-read coverage of Israel and the Jewish world.

So now we have a request. Unlike other media, we don’t have a paywall in place. But since the journalism we do is expensive, we invite readers to whom The Times of Israel has become important to support our work by joining The Times of Israel community.

For just $6 a month, you can help support our quality journalism while benefiting from The Times of Israel WITHOUT ADVERTISINGas well as access Exclusive Content only available to members of the Times of Israel community.

Thanks,
David Horovitz, founding editor of The Times of Israel

3 weeks ago Charline A. Gilson